A while back, I posted about the parallels between the changes the auto industry is going through, and the challenges that traditional media (especially soap operas) face. The industries are vastly different, but some of the challenges – adapting the scope of your enterprise to the new marketplace – are the same.

In many of the stories we’ve heard about GM and Chrysler, we’re reminded that when a plant ceases production or a dealership goes out of business, that isn’t the end of the process, but the beginning of a ripple effect that affects the whole community. Local businesses see less money coming in, which leads to further layoffs, closings and a loss of capital.

One parallel that I’m seeing in the daytime industry struck me as I was reading an excerpt from the book Inside Inside. The author, James Lipton, has hosted the

Inside the Actors Studio show on Bravo for years. He’s talked to hundreds of actors and performers about their career, in a format that frames the discussion as if the performer is teaching a class on their craft.

Lipton’s own career started in soaps. He was Dick Grant on Guiding Light, and worked with Irna Phillips first as an actor, then as a writer (he was the head writer of Another World for a time).

One statement in particular struck me: his mention that for theater actors, there’s a symbiotic relationship: “soap opera in the daytime, theater and classes at night.”

This is not a new or novel idea; perhaps the most high-profile soap actor who was also prolific on Broadway was Oakdale’s own Johnny D, Larry Bryggman of As The

World Turns. (Yes, it’s my shameless way to mention an actor I wish we’d see again!) Bryggman’s been nominated for two Tonys and a Drama Desk award, but he was in dozens of plays over the 35 years he appeared on ATWT.

I’ve been a part of live theater, as a crew member and an actor, and although I’d love to have a career as a TV writer, there is nothing like live theater. As much as I love soaps, I can understand an actor’s frustration that they’re boxed in and, unless you’re on the front burner, unchallenged. So it’s understandable that actors are looking for new challenges and new roles.

And if they can do it at night while appearing on a soap during the day, it’s a big bonus. A soap salary, even in this era, is a steady paycheck; a theater company can’t always pay the big bucks, if they pay you at all. So actors often juggle both. Tom Pelphrey, for instance, has a play coming up in New York City that coincides with his upcoming GL appearance.

So, what happens when one part of that symbiotic relationship becomes unstable?

The loss of Guiding Light is affecting dozens, if not hundreds of people: the producers, the writers, 15 to 20 contract actors and scores of recurring actors, a cast, crew and production team. Every one of those people have a family, a home, a mortgage (or rent) and/or a car payment.

But even this one show ending will have an economic affect on New York City. Local restaurants will have fewer customers. The car service and bus service the show uses will see their trip roster shrink. And perhaps most importantly, fewer opportunities for working actors to have a “day job” might affect Broadway’s pool of performers. 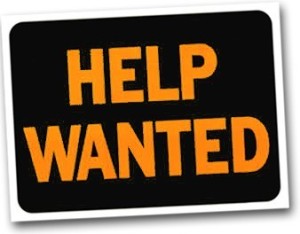 If this is the effect of the loss of one show, it’s sobering to think what will happen if any other NYC shows go. And let’s be clear: they are the most vulnerable. If you look at the four strongest shows right now, we have two shows that are clear overall ratings winners (Y&R and B&B) and two shows that garner high ratings in certain demographics (DAYS and GH). And what do all four of those shows have in common? They’re all produced in California.

The remaining three NYC shows are either on shaky ground (ATWT) or have hit some challenges (OLTL was recently cancelled in Canada, and AMC is, well, just a big ole hot mess right now).

We may be near the “endgame” of a long entertainment tradition, and that doesn’t just affect what fills up your TV screen every day at 2 pm (or your Hulu account).

4 thoughts on “The ripple effect”