Every soap blogger worth their weight in HTML code has weighed in on The Death Of Soaps – why they’re fading, who or what killed them and what he or she would have done to save them.

I even weighed in with my “audacious list” of what I thought was wrong. When you added those items up, they essentially equaled this: the genre shed its DNA years ago, and has become something that is not, exactly, a soap. The hallmarks of soaps – slow, emotion filled conversations and unabashed romance – became silly albatrosses.

An article that I read in the Popular Culture Association journal a few months ago keeps coming back to me, though. The PCA covers pop culture in all of its many permutations – including TV and yes, even soap operas.

But this essay was on films. Specifically, on the “surprise” success of several films for women. The films cited in the essay – The Devil Wears Prada, Mamma Mia and Sex and the City – all did blockbuster business at the box office despite being made, if not solely, largely for a demographic we don’t see represented often in movies: mature women, 40 and older.

I won’t rehash the entire essay, but the point was clear: there was an audience for this material, and it was in the interest of content makers to remember that warm, emotionally complex material had an audience. A paying audience. 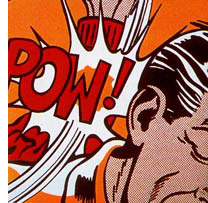 This is a point lost, of course, on most creators and gatekeepers of soap content. General Hospital, for all of the strength of its acting troupe, long ago became a primarily action adventure show.

As The World Turns tried to copy this more and more in the last several years, knighting Dusty Donovan the Sonny Corinthos of Oakdale and all but jettisoning romance and family from the show. Because who doesn’t want to see gunfire every day? Killing one’s own brother may have been around since Cain and Abel, but I’m not sure six months of plot needed to ride on that twist.

But I digress….back to the essay.

Another important note about those movies? Yes, Meryl Streep was in two of those three. And in Julie and Julia. And also in It’s Complicated.

In soap years, that’s….well, dead or recurring for funerals and courtroom trials only. And we used to love watching older characters as much as the teenagers on soaps. Phoebe Wallingford, Lila and Edward Quartermaine, Palmer Cortlandt, H.B. Lewis, Ada Hobson, and yes, Katherine Chancellor….all fascinating no matter what age, and all in front burner stories.

Of that crew, only Edward and Katherine remain. Only Katherine could be considered consistently front burner. A few other more mature characters remain (Viki and Dorian, Erica Kane and of course, Bob, Kim and Lisa) but are either seldom seen or shoved into stories that are often not age-appropriate or make no sense.

The point I am trying to make is this: Soaps had an audience. It was a solid audience of women, particularly (but far from exclusively) mature women, who loved complex, emotional stories told through complicated, mature characters. They tuned in every day to find out what was next.

Soap content creators took away the nuances, much of the emotion, a big chunk of romance, and a huge layer of those mature characters, and replaced them with vapid, shallow teenagers and an infusion of comic-book style action-adventure stories.

And the question remains to the powers that be: You took every single element that made soaps truly what they were, every element that made your audience watch, and shed almost all of those elements out of shame for what soaps were (or what people perceived them to be).

And….you’re actually wondering why your audience has left? What outcome, exactly, did you expect?

4 thoughts on “To thine own self be true”